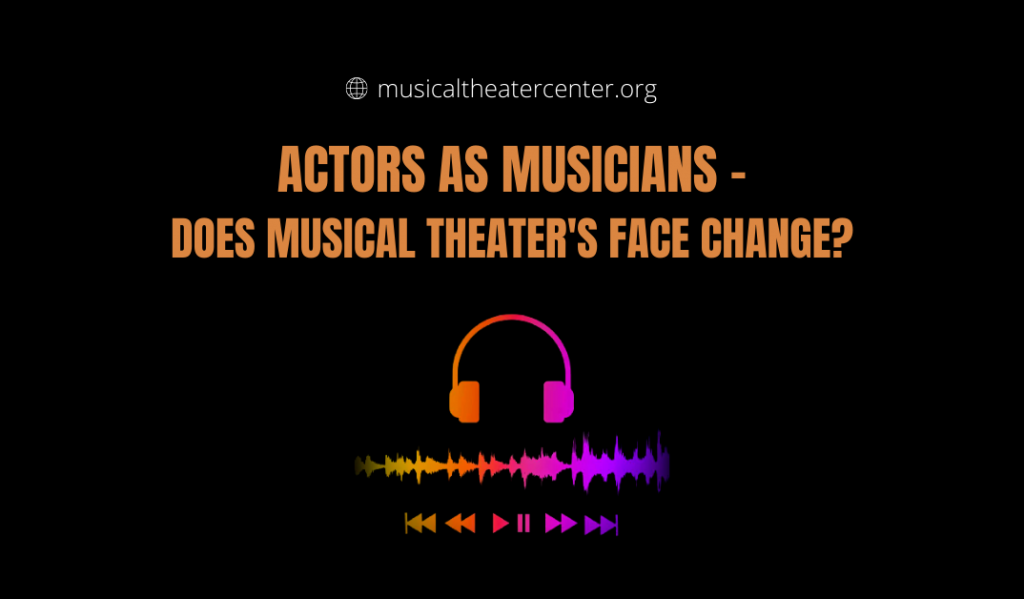 Are musical theater’s faces changing? Are professional actors in musical theater required to be musicians, singers, and dancers? Are we witnessing a theatre revolution? Based on what has happened in the past few years in London and Broadway, it seems that the answer is yes.

This concept of actor-musicians was first brought to America’s attention in 2006 with the Broadway revival by Steven Sondheim of “Sweeney Todd” at Eugene O’Neill Theater. Broadway was the first to stage this well-known musical in this way. John Doyle, the internationally acclaimed British director, visited New York to show his vision of “Sweeney Todd”, which he performed with the orchestral score by the actors.

Doyle will be the first one to admit that the technique of actors performing the musical score is not new. It’s not a gimmick, it’s not a concept, it’s an alternative way of approaching the subject. “, he declared, in a recent interview. He explained that not all works can be adapt this way. It was in the 1980’s/90’s when theaters were struggling for money that actors as musicians became a necessity. Doyle was a long-serving regional theater director and knew that if he wanted a major musical, he had to make it without the cost of an orchestra. This is what prompted Doyle to use actors who could sing, dance and act as well as play instruments. Doyle’s interpretation of this concept was perfected at the Watermill Theatre, Newbury, England. The Watermill was a physically challenged theatre that faced economic difficulties at the time. Doyle’s “approach” to “Sweeney Todd” was highly acclaimed at that theater. It moved to London’s West End at Trafalgar Studios, then to the New Ambassadors Theatre. It was then transferred to Broadway from London.

This was the beginning of what many believe to be Broadway’s salvation: a cost-effective way to produce musicals. It may also have led to the rise in the demand for actors who can perform, sing, act, and play a musical instrument. If this type of theater continues to grow, it is certain that those who have all four skills will be more successful in finding employment.

What are the Broadway and West End productions of “Sweeney Todd” since its inception? How many have they been since the Watermill’s actor-musician, Sweney Todd? It may surprise you to learn. After winning the Broadway Tony Award for Best Director of a Revival for his production of “Sweeney Todd”, Doyle went on to direct the Broadway revival of “Company”. Before closing in July 2007, it won the Tony Award as Best Musical Revival. Doyle recently returned to Newbury’s Watermill Theatre to direct “Merrily We Roll Along”, another Sondheim masterpiece. Watermill has recently presented an actor-musician version “Honk” “Mack and Mabel”, a Jerry Herman Musical, was resurrected in England in 2005 and performed at the West End Criterion Theatre from April through July 2006.